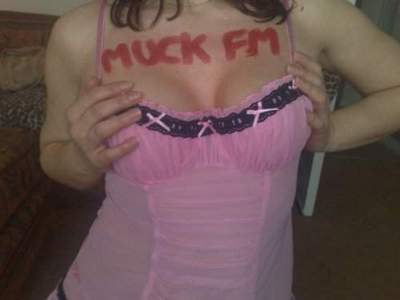 Ah, oh, oh mmmm, yes, that’s the feeling of a bottle of  Shiraz, a couple of hits on Ol’ Sparky and a couple of rohypnol down the neck. I like to drop a couple, leave the front door open and see where/how/with who/how damaged I wake up a few hours later. Some people like roulette, some like rohypnol, what’s your point? Only double dropped though, I know I’m a bit of a Barry, but more than that and it’ll write the rest of the day off, and I’ve got things to do.

I’m off up Taaarn today, to flyer all the record shops in Soho. That’s my story and I’m sticking to it.

There was a time when a trip to the likes of Black Market, Pure Groove, or Choci’s Chewns would have filled me with glee. New vinyl, oh yeahhhh, mmmm, errrr, slurp slurp… no, that’s not the rohypnol kicking in, but the thought of going up town with a pocket full of cash, and getting hold of tunes- new tunes, tunes that no one else has got cos they’re white labels or imports that only came in that day. Seeing your mates faces when you drop one  of them at the party that night, and holding that smug expression as they plead to know “what the fuck is this?!” Followed of course by an obligatory “remember where you heard it first…” and knowing nod.

But it seems to me that those days are gone. They’ve been replaced by cds, mp3s, cdjs, and to tell you the truth I am torn. On the one hand I fucking love the fact that I’ve been dragged kicking and screaming into the 21st century. I have new cdjs in the studio, mp3s of the newest tunes cost less than a pound as opposed to £5-8 for a 12″, and for the first time I have the financial ability to buy different genres, all at the click of a button. Nothing is out of reach, just put the tune you’re after in the search engine and whackety whack there it is. No more traipsing round London on a cold wet December afternoon, or frustration about not finding the tune you are after, despite trying six bloody shops. No, no more of that. Anything you want, you got it.

But that’s also where something has been lost irretrievably in my opinion. You see, in the past that was what made buying new tunes so exciting- whether you’ve made a special journey up to London, or you’re in Outland records in Amsterdam between coffee shops, you know for a fact that no mother fucker back home is going to have this tune. Your tune is going to bring the house down, make all the other DJs cry, and be the talking point for the rest of the evening. You are gonna be da bwad bwoy. Ker-ching! I hope you’re ready for some pussy…

Now that exclusivity is gone. Any spotty kid with a visa electron card can get that tune you’ve just dropped. Unless you’re Pete bloody Tong that friendly rivalry is gone for ever. The pleasure in knowing matey boy is going up town next week to source that tune and be proud to be the second person in your town to play is done for. Having the gleeful opportunity to drop it again at next week’s gig, cos the cunt still ain’t found out what it is. Refusing to tell anyone the name of it or where you got it, and losing friends while  all the time gaining respect. It had an edge, it kept everyone on their toes, and pushed you on to be the best.

Surely that was half the fun?