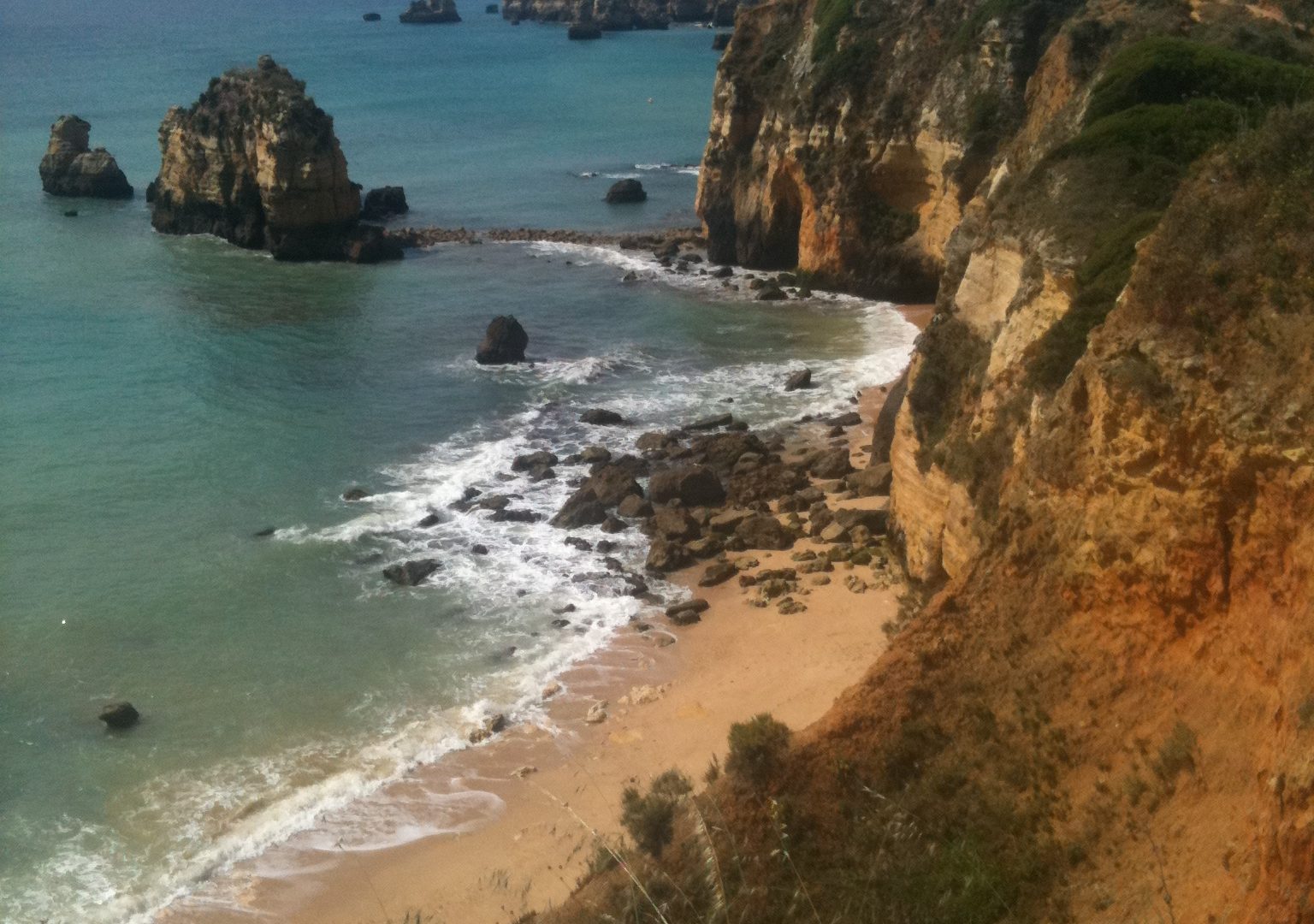 No, it’s not a typo. This year we’re in Portugal, but to spare everyone from the drudgery of another boring holiday blog I’ve decided to spend our vacation skanking, hustling and taking advantage of vulnerable folks. From traditional hustles and fake timeshares to classic Latino pickpocketing, perfected over the centuries in the hotbeds of Rio and Bucharest, I’ll be on the make, the take, and of course the shake-down. Also, I’ll be spreading the Muck FM word throughout our stay and attempting to blag sets in bars and clubs along the length of the Algarve. I’ve brought a selection of my very muckiest summer tunes, and a whole load of flyers to roach. Er, I mean reach (the masses).

Before we go any further I need to get the legal splurge out of the way. My team of advisors have told me that the standard EU disclaimer only covers one child abduction gag per day, and that Rohypnol jokes require upgrading to the deluxe disclaimer. Just as well I nicked the Find Maddie charity tin out of the tapas place we’ve just eaten in. Covered the excess payment nicely it did. Oh yeah, mmmmm that felt good to get the first one under my money belt… Start as you mean to go on that’s what I say.

Also, the Queen has declared a new blog tax and demanded royalties for each diary entry. When I complained she changed her mind and told me it was now charged per word. I spat my drink out at the news which the Queen took as dissent and I’m now paying per letter. After all my years of loyal service…. truly no one is safe. Bah!

Just as well the rest of the team are here too then. Fifi has already told me not to worry and has put on her Daisy Duke outfit and headed into town. I have no doubt she’ll return with a fistful. Of money to pay the taxes fleeced from rich tourists I mean, obviously.

Handy and Sandy are already in their beachwear. Sandy has his Burberry thong, borrowed from MC Check, with a big saggy joint dangling out of the corner of his mouth, while Handy is sporting his mankini in traditional lime green. He told me he isn’t going to use sunscreen for the first week so that his red blistered skin combines with the mankini in a tribute to the Portuguese flag. Well it’s a slightly better way of endearing himself to the locals than his usual methods I suppose.

Mandy and Mrs Muck are sunning themselves next to me on the beach, both hiding behind dark glasses so as not to let last night’s farewell party in the studio betray their glamour through bloodshot eyes and bags which are so large that they required excess payment at check in earlier.

As for myself, I’m chilling and illing, topping up the beige under the sun, punctured by the odd dip into the sea to cool off. I’ve recovered from a slightly ropey start to the day, which I am taking a merciless cussing about from the others. Maybe I shouldn’t have had a couple of bongs and a bottle of Rioja for breakfast, but come on, is this a holiday or a wake? On passing through security into the departure lounge at Gatwick this morning I couldn’t find my wallet. In a blind panic I rushed back to the checkpoint, almost shaking the staff by their lapels in my grief, only to find the wallet safely tucked away in a second zip compartment at the back of my new record bag. Yes, the classic “didn’t familiarise myself with my new man bag” faux pas. My cheeks were redder than Handy’s after a night at the Tory conference after party. Mrs Muck found it particularly funny to have a set of random strangers mocking me and so as a result we’ve set a special grudge match between us that will be taking place throughout the duration of our holiday. We’ve called it the Prosta del Sol trophy- prosta is Romanian for idiot or arsehole, and the trophy will be awarded to the one who disgraces themselves the most while we’re away.  I’m one-nil down. So early on too, but it’s a game of two halves. Unlike ice hockey which is a game of three halves.

Righty ho, that’s it for now. I’m off to scout around for valuables on towels and see if I can persuade any frail elderly folk to invest in Muck timeshare opportunities- the opportunity to have their savings account drained quicker than Mrs McCann’s sangria on hearing the news that they’d “forgotten” to lock the front door.

CLICK HERE TO READ ALL OF DOCTOR MUCK’S HOLIDAY BLAG