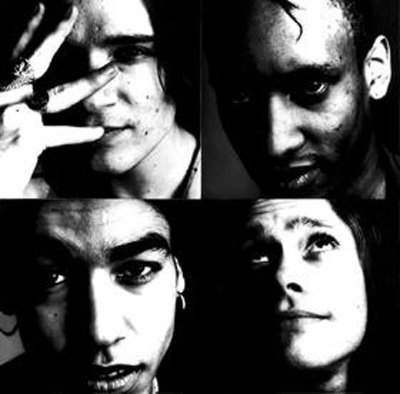 Put simply, the Prodigy are breakbeats biggest popstars, and the best example of how US hip-hop got translated by British Youth, into music expressing nothing but excitement and sensation.

Crucial to The Prodigy’s success was the fact that, although the music was entirely created by Liam Howlett, The Prodigy were always presented as a band, rather than just a producer hidden behind a set of turn tables.

Hailing from Braintree in Essex, Howlett was the stereotypical B-Boy who was bang into the hip-hop and break dancing of the late 80’s. He eventually got into scratching and mixing, and became the DJ for British hip-hop crew Cut 2 Kill.

It was one of the MC’s who gave Howlett his first E at a rave in Essex sometime around 1990, and he immediately switched his allegiances to the more rave style of dance music, and started DJ’ing at acid house events soon after.

At one of his gigs in 1990 Howlett met Keith Flint and Leeroy Thornhill who were so impressed by his turntable skills and demo tapes, that the 3 of them decided to form a band- Howlett would produce the music, and Flint and Thornhill would be dancers.

The Prodigy’s first public performance was at the Four Aces in Dalston, London.

Their debut release was the “What Evil Lurks” EP in 1991, which included the lesser known (but still equally good) “Android” However, it was their next release that was to really announce the arrival of The Prodigy…..

(the original 1991 mix, not the alleycat remix)

On its release, Charly hit #3 in the British charts, and to this day remains hardcore’s greatest single (sales-wise). Remember, “Charly says, always tell your mummy before you go off somewhere”, which was taken from a public service announcement. Charly started a craze for “toy-town techno” and a deluge of tunes with “sweets as drugs” metaphors followed, notibly-

Charlys flipside was “Your Love“- well worth a mention.

Whilst Charly seemed to be about drug-fuelled innocence, the above tunes that followed them from other producers felt like cheap nasty rip-offs, cashing in on the Prodigys chart sucess and riding the bubble-gum gravy train to one hit-wonder town. (Saying that, I actually really like Trip 2 Trumpton, haha) This influx of lesser tunes led to Mixmag magazine featuring Howlett on the front cover, accusing him of “killing rave”.

(In the video for their tune Fire, they return the compliment by burning a stack of Mixmags lol).

In their January 2002 issue, Mixmag did a retrospective review on their ‘Did Charly kill rave?’ faeture. Here’s what they have to say:

In August 1992, Mixmag put the Prodigy on the cover with the headline ‘Did Charly kill rave?’ a year after the tune hit the number three spot. Mixmag’s then-assistant editor Dom Philips wrote: “Howlett’s silly little novelty tune [is like] a million nightmare novelty records that countless grinning TOTP goons have introduced over the years.”

“I felt that Liam was really talented but making obvious music”, says Dom now. “In retrospect though, we made some mistakes in the way we covered the rave scene.”

The Prodigy might have made ‘Charly’, but it was toytown records such as Smart E’s ‘Sesame’s Street’ that propelled rave towards the chino-wearing, beer-swilling high street. “I think we definitely shoved the band in a different direction”, says Dom. It was another five years until Dom spoke to The Prodigy again.

In January 1998, Liam admitted: “The criticisms probably fuelled some of the music on ‘Music for the Jilted Generation’ – I stopped doing cartoon tunes.”
The Prodigy went on to become the biggest dance band in the world. Oops. Sorry boys, we love you really.”

Good to hear that Mixmag stick to what they say, ‘because you became the biggest dance band in the world, we really like you now’… ha ha.

It was around this time that they then recruited MC Maxim to provide another visual focus for their soon-to-be legenday live shows.

Everybody in the Place- released in 1992, and features some of the best dancing I have seen in my life lol. Often imitated, never bettered.

These tunes all appeared on their album Experience, which is one of the few hardcore albums to justify its exsistance as an album, not just a collection of hits and filler…

Death of the Prodigy Dancers

Wind it Up (personal favourite)

Anyway, as we all know The Prodigy went on to release “Music for the Jilted Generation” and several other albums, but this right here is just a snippet of their early rave history. A history that alot of their newer fans probably don’t realise they have.

Prodigy- we salute you