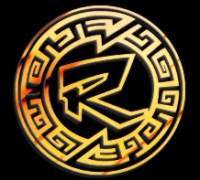 Ok, their real names may not be familiar, but these are the guys behind Tek9, Manix, Nu Era, “Tom and Jerry”, 4Hero, and the “Reinforced” record label…. busy boys!!

Manix- All Right With Me

Manix- You Held My Hand

McFarlane and Mac (along with 2 others) started “Reinforced” in 1989 in an attic in Dollis Hill, NW London. Inspired by Shut Up and Dance, they were to release their first EP, titled Combat Dance, in 1990. It would be their next release, however, that would mark them out as breakbeats most pioneering producers….

Mr Kirks Nightmare, which sampled the Isley Brothers “Get into Something” was deep, dark and heavy, and although not played out much these days, absolutely smashed up dance floors back in the day.

Their debut album- “In Rough Territory”, and the “Headhunters” EP (both 1991) were similairly delirious, but my personal favourite EP of theirs was “Where’s the Boy”, released in 1992. This also featured the incredible tracks

Burning, and Cooking Up ya Brain

As Manix, they released “Feels Real Good” and “Head in the Clouds”– both so relentlessly ecstatic that they became unsustainable- in other words, they were so happy, they were dark.

The irony of all this was that both McFarlane and Mac both abstained from drugs, which was probably why they moved away from rave culture after the above releases, moving more into Jazz infused breaks and multi layered synth sounds….

As 4Hero, in 1993 they released the Journey from the Light and Golden Age EP’s, and in the same year, under their Tek9 moniker released “Slow Down” and “Just Cant Keep my Cool”.

As Tom and Jerry (getting confused yet?!) they got more raggamuffin, with the awesome sounds of “Maximum Style” and “A London Sumtin“, both released in 1994. The fullest expression though of their attempt to break away from the E-soaked rave culture was Parallel Universe- recorded using a warehouse’s worth of vintage synths, chords and keyboards, which, production wise, has to be heard to be believed. This was released in late 1994.

In the same year they released the “Deepest Shade of Techno” album, which featured tracks such as Wrinkles in Time, Terraforming and Follow Your Heart.

Seeing as this is an “Old Skool thread” I will not mention the more recent work they have done, purely for the fact it is not breakbeat/rave etc. As Tek9 they are active in the UK Dubstep scene, and Reinforced is still a well respected record label in the DnB scene. 20 years in the business and still going strong.

Brief snippet of a 4Hero Documentary, circa 1996

There ya go- many different monikers, all a massive impact on the dance scene. Big up!!