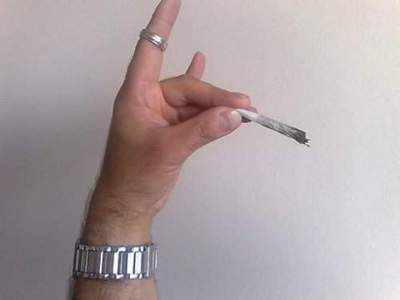 Why are you so rude?

I am only 25, but I have had a middle aged paunch since my teenage years, am balding and I know I’m no oil painting. I am in love with a colleague and am thinking about liposuction and a hair transplant to have any chance with her. What do you reckon?

Well, I hope you have a sense of humour, cos you don’t seem to have much else going for you. I certainly think it’s hilarious. You didn’t mention your height in your letter, although those blotchy tear stains towards the end of the letter did make the last paragraph illegible and you may have said something about it amongst the “going to B & Q to buy a rope” bit. To be honest, I’d lost interest by then anyway.

I’ll be honest with you. By the mid twenties all the half decent birds are taken, and unless you are a spitting image of Brad Pitt, you’re pretty much fucked. I wouldn’t worry about your lack of hair though. I myself, as you can tell from the photos on this page have a grade half skin head- it makes me more aerodynamic as I’m pulling 3g on each thrust with my bevvy of willing feminine fingers that constantly throw themselves at me. I’ll think of you later as I’m with the Muck FM geisha girls in our private booth at Boujis for Prince Harry’s Nasty Nazis party.

However, in your case I don’t think liposuction wil be enough. I have sent you the address of Doctor Mugabe, a Harley Street specialist, who due to rising overheads and the pending court case now practises from a portacabin round the back of the Sainsbury’s on the Purley Way in Croydon. Don’t be put off by the Ikea furniture in his waiting room- it’s not far for him to carry them after getting a right touch from his cousin Idi who works in the warehouse. I say waiting room, but really mean the oil drum with half a burning tyre wedged inside it just outside his “office” door. Anyway, Dr Mugabe will give you a very reasonable quote for full “witness protection level” plastic surgery, which will give you your (only) chance with this colleague of yours.

In the meantime, Streatham Hill is easily accessible by train from Uckfield, and I would recommend you take full advantage of the special Muck FM discount vouchers that are redeemable against any lady of the night in the south east region- and this month carry a  “no johnny, same price” special offer. Please make sure you read the disclaimer on the back of the voucher though. “We cannot be held responsible for anything said, done or caught”

In the meantime, I’m off to have my wrist waxed and oiled for tonight’s festivities- probably exactly what you’ll be doing alone tonight in your bedsit as you take solace in one last wank before the paracetamol and vodka kick in. By the way, I have contacted your colleague, and she’s coming out with me tonight. In fact she’s here now polishing my ring. Don’t take it too hard. Unlike her later. Good times!