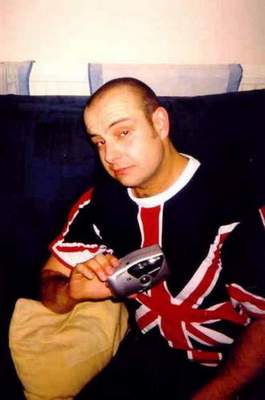 Ahhhh, so it’s 2010. The “noughties” are left behind, and we’re in the teens. As Gary Glitter likes to say.

I have high hopes for this year. It certainly has started well, although Mrs Muck has been struck down tonight with swine flu, or something similar. Either way, it’s taken her out, and she had had to go to bed early. Nothing wrong with that though. As my old ma always used to tell me- “if you’re not in bed by ten o’ clock, come home.”

I can feel something nasty bubbling inside me too. No, not Mrs Muck’s fish curry, but an illness that threatens to have me barrying out before 2am- something that hasn’t happened since 1992, and that notorious incident in the Up Your Khyber (formerly Second To Naan), our local Indian restaurant. I still maintain it was the dodgy gear that Flex, my ex-dealer sold me that night. I know he’s full of shit, but there was no need to cut it with laxatives… Anyway, it meant that on that sorry occasion, I was in bed by 11pm, and permanently banned from that curry house. All very embarrassing, and the dry cleaning bill for the napkins they sent me ran into hundreds of pounds.

Tonight I am holding out, but my troops are slowly being overrun. A Rourke’s Drift of my health if you like. Wait until you see the whites of their eyes boys! In a perverse way, the gradual onset of the illness is like coming up on something. I feel vaguely nauseous, slightly dizzy, and ever so delerious. People would pay good money for this! Just poured another large one, and am stoking up Ol’ Sparky. Kill or cure, that’s what I say.

It’s actually a good thing that Mrs Muck has gone to bed early. It means that I can tell you a bit about the problems I had with Fifi, head dancer at Uncle Jamal’s Camel Toe club, and my long standing mistress. She seemed to get a little above herself today, and started going all diva-like, in a strop about her wages. Tsk, like she doesn’t earn enough from her tips, and private “dances” for punters out the back. I reminded her that it was me that plucked her from the streets and gave her the opportunity to be the slut she is today. She’s a good girl really, it’s just that sometimes it’s less Pretty Woman, and more pretty annoying woman. As Jamal likes to say- “If it wasn’t for their fannies, we wouldn’t tolerate them”. A bit harsh maybe, but that’s why Jamal is still single. Still he’s got his camels for company, but that isn’t a story to be telling at dinner time, especially as that last bong seems to have killed not cured. I’d give it a few minutes if I were you…