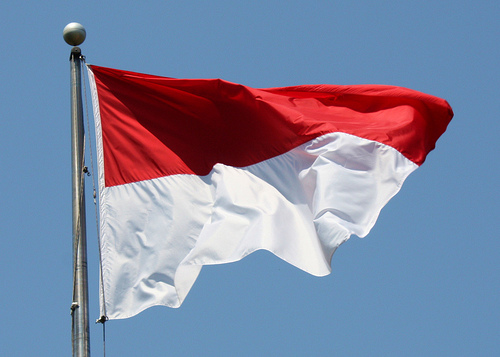 The first thing any linguist or tourist asks about a new language is hello and thank you, followed by swear words. 6 years ago when I first came to Indonesia, I did exactly the same thing only to be utterly confused at why Indonesian swear words are mainly based around animals and innocent body parts. So here’s my 60 second lesson on how to sound like an Indonesian rude buoy…

This one is technically Javanese (the local language of Central and East Java), but possibly my favourite. It’s immensely rude yet ridiculous as it is the Javanese for puppy. Imagine yourself down a pub in Croydon on a Friday night and someone bumps into you and spills your drink. You turn around and say “You Puppy you spilt my drink! I’m going to ‘ave you!”.

Moving through the animal kingdom the next word literally means squirrel. I have only seen a squirrel once in my 6 years here, so I’m not sure how this ended up in dictionary. Similar to Puppy it means twat / wanker or according to my official Indonesian dictionary; thief. At least that kind of makes sense, squirrels do steal a lot of nuts from trees. Next time MC Check is watching Millwall getting their arses kicked, expect to hear “The referee’s a squirrel” being chanted from the terraces.

Going underwater now, with a highly poetic insult. The humble prawn / shrimp has found its way into the rude buoy dictionary by way of the unfortunate position of its head and ass. Otak udang means prawn brain or what they really mean is you have shit for brains.

Moving onto body parts now, the first of which is matamu or as we say in the Queen’s your eyes. This is a highly effective way of telling someone to fuck off in Indonesian, but is possibly the worst planned swear word in the world. How are you supposed to chat up a girl in a bar and tell her that her eyes are beautiful?

The last instalment for today is equally bizarre as your eyes. Raimu means your face. How this became fuck off is beyond me. If it was your face looks like a donkey’s ass being screwed by your mum wearing a strap-on, I’d get this insult. Again poorly planned in the chatting up girls department, thank prawn brains for “Do you come here often?”.
Raimu = Your face Javanese noun (Pronounced: rye-eee-mooo)
Really means = Fuck off

Well that concludes today’s rude buoy lesson stay tuned for the next instalment which will be about the many words for slag and in the word’s of Muck FM’s resident rude buoy,
Big up your chest (by the way chest / breasts is the same word as goodbye in Indonesian – What’s the etymology behind that?)
ETB

This post is dedicated to Ivan, a greatly missed friend who sadly passed away last October in a motorbike accident. We used to have a radio show together on a radio station in Surabaya, Indonesia back in 2005/6. Not sure how we managed to get round the broadcast sensors as every week I would teach East Java a new swear word in English. Our crowning glory was teaching the word c&*t on a Thursday morning in February 2006. After about 9 months I had run out of words to teach, so we started making them up!

Don’t know if they have Internet where you are Bad Boy, but this one is for you.

4 thoughts on “The bizarre world of Indonesian naughty words”