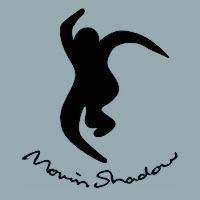 In my opinion- (hey, what da fuck do I know) “Moving Shadow” were one of the 3 most important record labels that shaped the scene when it came to the shift from house/dance to hardcore/jungle. More about the other two later, but right here, and now, its all about Moving Shadow….

Waaaaayyyy back in 1990, Moving Shadow Records was formed by Rob Playford in his hometown of Stevenage, Hertfordshire.
He started up by selling records out of the back of his car at M25 warehouse raves, and some of his first releases were hallmark examples of pure British rave. Particular faves of mine include-

Moving Shadow’s first masterpiece was 2 Bad Mice take you (released 1992), which orchestrated a sample of Loleatta Holloway on laughing gas

huge keyboard riffs, and 140bpm scratches. “2 Bad Mice”, for those that dont know, was one of Playfords aliases

By the time 1993 rolled around, Playford had recruited Steve Thrower on board, aswell as Sean O’Keefe and Simon Colebrooke, and at the start of the year they released the epic’s-

As the summer of 1992 lapsed, and the winter drew in, so too did the music turn darker. This was the era of “Darkcore“- characterised by moody synths, blood-curdulling bass lines, and horror movie samples. This was also the time that “snowball” pills hit the rave scene. Snowballs were NOT MDMA- they were mass produced in a warehouse in Latvia, and contained very little MDMA. Essentially they were huge blobs of MDA (the speedier version of MDMA), and also contained PCP, LSD, cheap amphetamine and chemical cleaner*

*Ok, granted, not a “proven” fact, but if you were around in 1992, did you not see the effect they had??! They literally left ravers “cabbaged”- this was around the time that the UK rave scene experienced its highest “E related fatalities”. Connected to Snowballs? My guess is= YES.

…….After some unpleasant legal wranglings, most of the labels staff left to form the “Partisan” record label in 1998. I’ve deliberately not referred to any of MS’s releases between 1993 and this point, seeing as this is an old skool based report. I may (if there’s enough interest) post up bout this era later, hit the MuckFM message board if ya interested.

Either way- Moving Shadow records- your wicked. We salute you!!!!!