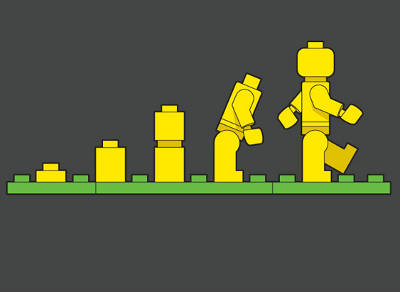 The Evolution Of Muck FM

To commemorate the first year anniversary of Muck FM, we are bringing you the opportunity to see how the site has evolved, from the humble beginnings of a homepage so basic it could have been designed in prehistoric times, to the stunning hi-tech ultra-futuristic codefest that comes deep from inside the machine-like mind of our resident technological genius, ETB.

All the incarnations of Muck FM have been made using WordPress, a basic, easy to use bit of software designed for blogs, that in essence means choosing a coloured theme like you’d get on a mobile phone and filling in the blanks with the content you’d like to use. The very first black/red/yellow version of the homepage is about as basic as you can find, so easy to use that even Doctor Muck managed to get it up and running by himself. Have a look and marvel at the join the dots simplicity and sympathise while smiling and nodding politely at the Doc’s “expertise”. Poor lad, he was so proud…

It didn’t take long for the Doc’s old friend, Exotic Technical Boy, to come to the rescue and offer to design a site that was a worthy compliment to the banging music being ramped out on Muck FM. The second incarnation, and let’s be honest, the first decent one, was dynamic, colourful, and allowed Doctor Muck the chance to add mixes, photos and updates on the homepage for everyone to know what was happening on Muck FM. The problem with this one was ultimately the amount of work that needed doing to maintain the site and keep the homepage up to date-  for example it had to be be changed manually to show the changes in the schedule and links added to listen to the shows on “matchdays”. The Doc slowly drowned in all the admin, and begged ETB to redesign the site to spare him the wrath of Mrs Muck by getting a secretary to “help out”. That may or may not be a euphemism, you decide…

The most important thing in this second version of Muck FM, and as far as I’m concerned in the history of Muck FM, was ETB’s addition of the chatbox on the homepage. This stroke of genius instantly made Muck FM interactive, and raised it above just any other radio station. Doctor Muck confidently states that in his opinion Muck FM would have died within weeks without the chatbox. The ability of listeners to become part of the shows meant that they could be included in the atmosphere, jokes and madness, no matter where they were in the world. It was instantly as if they were all in the studio with the DJ, and could all chat together. If Muck FM had remained solely a stream of music it would never have survived. To start with though, the chatbox was a free piece of software that had a maximum number of posts per hour before it maxxed out. After only 60 posts per hour, the chatbox was disabled and no further messages could be written! Thankfully for a small fee it could be upgraded and this problem was solved. Just as well really, with the amount of rambling that we have come to know and love!

It was at this point that ETB decided to use his mucky skills to take the WordPress themes, dissect them, add stuff, take stuff away, and, well, to be honest I haven’t got a clue what he did really- all I know is that he changed the themes completely by using lots of complicated coding skills, to produce the finished result- a new version of Muck FM that was unique. It could no longer really be described as a WordPress theme. It was ETB’s theme, and the addition of things like the Google calendar which allowed the DJs to create their own schedule was inspired, and relieved the pressure on the Doc, who was close to blowing. No, not a euphemism.

The penultimate theme though, being the complete opposite to the admin heavy one, actually took away the ability to write spontaneous updates and promote new shows/mixes/blog entries on the homepage. The automation of the site seemed to take away some of the character, and so Doctor Muck called once more on ETB’s imagination and skills to create the latest, and in the Doc’s opinion by far the best incarnation of the site to date. This version, launched just before Muck FM’s first birthday combines all the best points of the previous ones (well, maybe not the very first one!), and crucially allows comments to be made on every post, so the interactive flavour of the chatbox can now reach across the site. We’d like Muck FM to be dynamic during the week, as well as at weekends, and we’re now encouraging all visitors to the site (and individual pages) to give their feedback using the comments box at the bottom of every post. You can now leave your opinions of all shows on the Red Eye Player, photos in Barry’s Gallery, or any blog entry or other page on the site. The addition of the forum also means that you can leave your thoughts about any subject in a permanent form. We still want you to say hi as you pass through on the chatbox, but your comments will quickly be scrolled out of sight as other people post. Register with the forum and you can contribute your thoughts, ideas and opinions on the site, or any subject under the sun, and spark debates or just plain good old fashioned rambling!

Who knows where it will go from here? That depends if Doctor Muck starts paying ETB more than $1.50 per month to slave away in the Indonesian sweatshop where he has been outsourced to. Probably not, but seeing as ETB’s judgement and sanity have been so clouded by all the cheap Asian liquor and relentless stream of kupu dancing girls, I reckon that Muck FM is in safe hands for the forseeable future. One thing is for sure- Muck FM couldn’t exist without ETB, so why not use the comments box below to show your appreciation of our exotic technical guru, give your feedback on the site, and all of it’s previous incarnations?  It’s been a mad first year, and fingers crossed, in another year (or ten?) we will be writing a piece on Muck FM’s current version, laughing at the ancient codes and techniques used by ETB, who by that time will have a long white beard, and have been a resident in the Bali Home For The Criminally Insane for many years. Now that’s evolution!

1 thought on “The Evolution Of Muck FM”