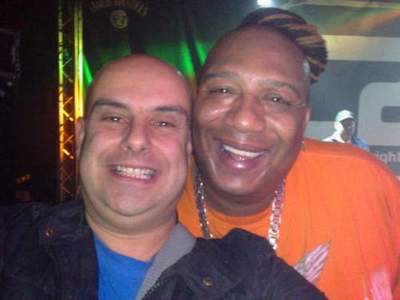 Done a couple of bongs while getting ready to go and see Rat Pack, using Old Sparky, a custom made pipe made by  my dear friend, Old Professor Real (aka Old Pro), the fallen genius who was expelled from Cambridge university in 1971 for synthesising pure pseudohexomethacodanol in his dorm. He built it using sixteen metres of glass tubing, six plastic buckets, two medium gauge rubber pipes and four baked bean tins. It spans two rooms and costs about £300 an hour in electricity to use. It takes two people to operate it safely and should only be attempted by a level four belt holders or above .

Didn’t hurry as I wasn’t too bothered about hearing Trevor Fung’s warm up acid house set, and thought if I get down there at about 12.30 I will time it just right. Floated into the club, straight into “Captain Of My Ship”. They were already on!  The breakbeats bounced off the walls and a huge smile broke out across my face. Fucking banging. Thought I would get the phone out to take a little video of them straight away so I could get into some of my extra special street dancing.

I’ve got my own version of the running man, spiced up (literally) with some drops, jump throughs, and a swan dive with triple pike near the end. I’m bad, I’m bad…

Evenson Allen was chatting on the mike-

“Yes yes, next up the man like the Trevor Fung”

I had got there just as they finished their set! Fucking gutted!

Why the fuck did they play first??? Why did no one tell me?

Well, I wasn’t having that. I showed my Muck FM backstage gold pass and stormed into the VIP area. Well, actually I gestured pleadingly and tried to get Evenson Allen’s attention from the corner of the stage. He beckoned me up and I explained that I had come especially to see them and missed their entire set . I didn’t even get a chance to ask for a photo, he offered straight away as compensation, and also took a Muck FM flyer. What a nice guy. Evenson, if you’re reading this, get in touch, leave a message and we can declare you Muck FM’s first superstar listener, dine out on it for a few months, and use your “I can feel another Muck coming on” quote to promote our up and coming internet radio station. Chatted to a few lovely people outside, came home and cracked open another bottle of rioja. Still ten hours before we go on air; plenty of time for a nightcap or two.
See all entries from Doctor Muck’s Blog